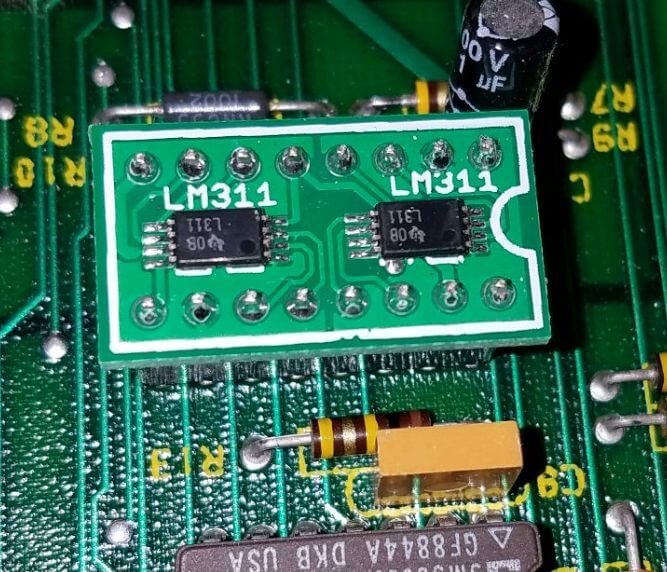 NOTE!!! If you absolutely need the temperature range of the LH2111D, or if you can’t live without the testing of 883, this solution will not work for you. Sorry.

If you need an LH2111, then you probably know that they stopped making them reasonably priced decades ago. You probably also know that the military loved to use them for some reason, which means you’ve won a contract that requires them (I mean, no one else would need these dinosaurs and you’re actually reading this). Well, let’s see if we can save the government (and you) some money… 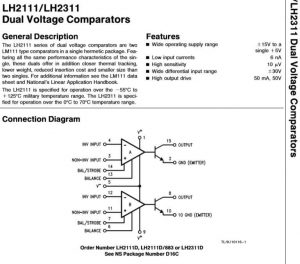 First things first. Before you run off to your customer and try to convince them to let you use our solution, let’s put together a few talking points, shall we? A good place to start is the datasheet, which has my favorite anger-inducing statement as the very first sentence…and I quote…”The LH2111 series of dual voltage comparators are two LM111 type comparators in a single hermetic package.” Translation? You’re being charged $250 for an IC that’s basically two 50-cent DIP’s in one package. Sickening? Of course it is. 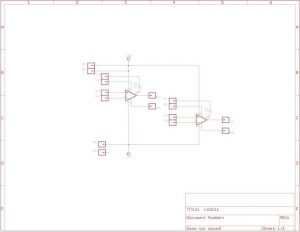 As you can see from the datasheet connection diagram, they were nice enough to provide a complete pin-out for us, which makes redesign very, very simple. So, the schematic of the replacement follows, which will be needed for your discussions to allow your customer to compare. 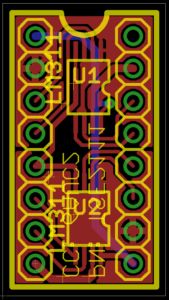 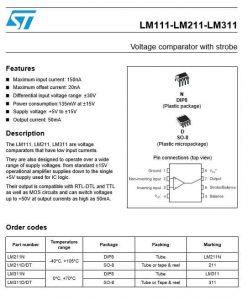 Obviously the first page isn’t going to answer all of our questions, but it’s a good start. Out of the choice between the LM211 and LM311 (because the LM111 was seemingly never made in a wide temperature range, small surface mount package IC), the LM311 better matches the specs of the LH2111, even though the temperature range isn’t as good as we’d like. Plus (and this is important) the LM311 comes in a TSSOP package, which fits nicely on our board.

We’ve been very successful with integrating these devices into test equipment, but we’ve also been very lucky that our customers are incredibly bright and recognize that we’re supporting legacy equipment, not launching something at Mars. Clearly, your mileage may vary.